On November 28, 1935, the theater opened its first theatrical season with K. Millecker's operetta "The Beggar Student". During the year, the repertoire of the theater included: "Mademoiselle Nitouche" by F. Herve, "Geisha" by S. Jones, "The Merry Widow" and "Blue Mazurka" by F. Legard, "Bride Fair" by V. Jacobi, "Violet of Montmartre" by I. Kalman, "The Bells of Korneville" by R. Plunkett, "The Gypsy Baron" and "The Bat" by I. Strauss, "Pericola" by J. Offenbach.

In 1937, the collective was transformed into the Republican Opera and Ballet Theater. Its director
and artistic director was approved by F.P. Vasersky. The troupe was based on artists from different cities of the country. These are talented singers with experience and a versatile musical education.

Since 1937, the theater has repeatedly turned to the staging of Tchaikovsky's opera "Eugene Onegin" in 1961 and in 1997. In 2016, the opera was staged in a concert version (conductor-director of merit. deed. arts RM S.Kiss, director of the production of the merit of the worker of culture of the RM E.Temples

And nowadays the repertoire poster of the theater is decorated with the opera Zh .Bizet "Carmen". The first production of the play was carried out in 1938. In the 60s, R. Bespalova shone in the role of Carmen.art. of the RSFSR and RM. The new life of the masterpiece of J.Bizet began in 2007 (conductor-director M. Turgumbaev, director-director M.Trofimov).

In July 1941, in connection with the Great Patriotic War, the Council of People's Commissars of the MASSR decided to liquidate the opera theater. The disbanded theater was transformed into an opera ensemble. And in October 1941, the Council of People's Commissars united the Mordovian State Drama Theater with the self-supporting opera ensemble into a single musical drama theater. According to his direction, the repertoire was formed. It included opera and drama performances, as well as operettas: "Carmen", "Quiet Don", "Prince Igor", "Mermaid", "Faust", "Eugene Onegin", "Ivan Susanin", "The Tsar's Bride", "La Traviata", "Cio-Cio-san", "Barber of Seville", "Serf", "Wedding in Malinovka", "Silva", "May Night", "Bolshevik", "In the steppes of Ukraine", "Field Marshal Kutuzov", "A long time ago" and others.

The theater worked in the old premises of the drama theater, built by an enterprising businessman for the first cinema back in 1911. There were no pockets, no grates, no utility rooms. There was nowhere to store the scenery. There was nowhere for the artists to live, and some of them lived right in the artists' restrooms. There was no firewood. And the actors stoically worked in light suits on a stage gripped by frost. At that time, such artists as I. Yaushev, a graduate of the Tchaikovsky Moscow Conservatory, T. Yaushev, A. Davnis, B. Taller, S. Yampolskaya, A. Roslyakova, I. Roslyakov, A. Yashnov, B. Zhuravlev, V. Gavrilov, G. Marshalova, A. Fomicheva, E. Okhotina, A. Yudina, V. Kiushkin and others. The director of the theater was L.S. Mandrykin.

During the Great Patriotic War, the Mordovian Music and Drama Theater subordinated its work to wartime. Performances in hospitals, concerts to the Defense Fund... Brigades were organized that went to the front with concerts. Three concert brigades gave a total of 159 concerts on the front line, on account of the artists of the Mordovian Music and Drama Theater only until January 1, 1944 (archival statistics have preserved only the figures of this period) 887 patron performances and concerts for wounded soldiers. 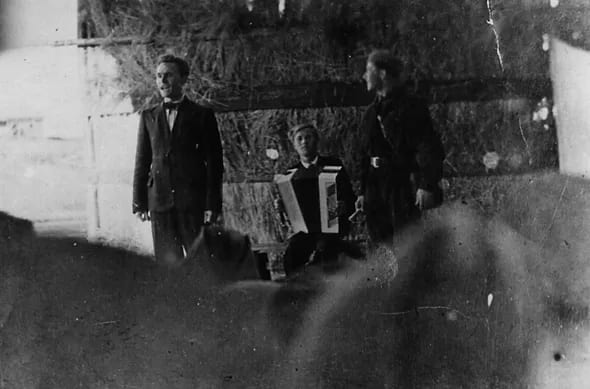 In May 1943, the premiere of the first major national musical epic performance - the musical drama "Litova" by L. Kiryukov took place, and in August of the same year his opera "Nesmeyan and Lamzur" was staged. It is difficult to even imagine the degree of intensity of acting work if, in addition to patronage concerts on collective farm fields and in hospitals, only in 1944 the opera theater gave 160 performances. The troupe of the theater at that time consisted of 20 soloists-vocalists, 16 ballet dancers, 24 choir artists and 24 orchestra artists.

The period of 1935-1948 became an important stage in the formation and development of ballet in Mordovia. The soloists of the newly created ballet troupe – L. Binstock, A. Guy–Gorshkov and others participated in the staging of the first performance of the new theater - K. Millecker's operetta "The Beggar Student". The first choreographer of the theater was N. Dubrovskaya.

At various times, the post of choreographer was occupied by ballet soloists P. Litoni and Honored Artist of the MASSR L. Kolotnev, who choreographed L. Kiryukov's first national musical drama "Litova". Thanks to his efforts, the foundations of choreographic education were laid in the republic – in 1944, a studio was opened at the theater.

In the 40s, the first major choreographic performances appeared in the repertoire of the theater: L. Delibes' ballet "Coppelia" (choreographer P. Litoni, 1943) and B. Asafiev's "Bakhchisarai Fountain" staged by L. Kolotnev (1947).

Among the soloists of the ballet of this period, it is necessary to mention V. Aleev, A. Petrova, V. Podstegin, N. Malyshev, S. Topson, P. Ryabov. The leading soloist in all the repertoire performances of the 40s was the People's Artist of the MASSR Tamara Mikhailova, whose work found deserved recognition among the Saransk audience. She began her career as a ballet dancer in theaters in Kazan, Perm and Vinnitsa. In 1937, she was invited to join the troupe of the musical theater of Saransk. 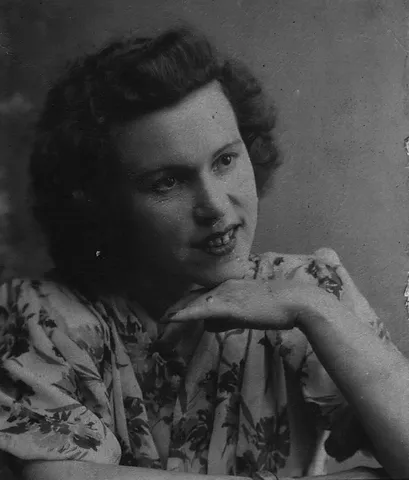 "Yaushev is an outstanding phenomenon of Mordovian culture, a bright carrier of the musical genius of Mordovia, inspired, deep and wise art"
N.I. Voronina

"Illarion Maksimovich attracted a lot of people of various ages and professions with his appearance, simplicity, and cordiality"

"I have not heard such a pianissimo anymore!"
G.G. Vdovin

"...In no dream could Illarion Maximovich have imagined that something would be named after him. I am sure of this because marked by God, (and I.M.Yaushev bore the mark of the Creator)..."
V.V. Dolgov

The name of the outstanding Mordovian bass Illarion Maksimovich Yaushev is forever inscribed in the history of the opera art of Mordovia. He was at the origins of the development of opera art in our republic and the creation of the Mordovian State Opera and Ballet Theater.

Yaushev's creativity is connected with his native land, with folk life. Illarion Maksimovich was born in 1902 in the village of Lobaski, Ichalkovsky district of the Republic of Mordovia, from the age of eight he began singing in the village church choir. After leaving his native village, he entered the Nizhny Novgorod Music College, and then the music college at the Moscow State Conservatory.

At the initiative of M.M. Ippolitov-Ivanov, Yaushev's first recording took place on the All-Union Radio, where he sang Mordovian songs. After graduating from the Conservatory, Yaushev studies with the outstanding singer V.R. Petrov in the opera studio of the Bolshoi Theater. He was the first singer in Mordovia who received a higher musical education. I.M. Yaushev was accepted into the troupe of the Mordovian Opera and Ballet Theater in 1937.

Illarion Maksimovich was an exceptional phenomenon on the opera stage of Mordovia. Possessing truly great talent and hard work worthy of imitation, the artist delighted listeners not only with the power of his voice, he managed to deeply embody various characters in operas, in romances, in folk songs of different nationalities, in the works of composers of different countries and eras. The talented artist created bright, colorful images of Gremin in P. Tchaikovsky's "Eugene Onegin", Melnik in A. Dargomyzhsky's "The Mermaid", Pimen in M. Mussorgsky's "Boris Godunov" and others.

Since 1994, the name of Illarion Maksimovich Yaushev has been borne by the State Musical Theater of the Republic of Mordovia. In honor of the famous bass in the Musical Theater in 2011, the All-Russian Festival of Vocal Art was held, designed to develop the operatic art of Mordovia

In the following years, the theater was repeatedly transformed, changing its status, professional requirements and tasks. In 1959 it became a Musical and Dramatic Theater, and in 1969 it was reorganized again into two theaters: the Mordovian State Drama Theater and the Musical Comedy Theater.

The period of the 60s - 70s is the most fruitful in the history of the theater.
In 1959 - The MASSR State Music and Drama Theater opens its first season with L. Kiryukov's national musical drama "Litova", which became a milestone for the creative team. She was repeatedly approached by directors (1969, 1985). In subsequent years, the theater regularly included works of national drama in its repertoire. In 1962, L. Kiryukov's opera "Normalnya" was staged, in 1967 K. Akimov's musical drama "The Bride of Thunder", in 1974 the musical comedy of G. Pavlova's "Moksha Dawns".

By the opening of the musical drama theater, there were only two performances in its repertoire. After 3-4 seasons, only opera performances - more than ten. Most of them were staged by the conductor V. Karpov. Since 1965, the chief conductor of the theater was the Honored Artist of the Russian Federation M. Frolovsky. Directors from other cities of Russia were invited to the theater: M. Verizov, V. Kurochkin, A. Borisov, V. Makarov, People's Artist of the USSR V. Kandelaki.
New achievements of the theater are associated with successful productions of musical classics. The basis of the theater's repertoire in those years were opera performances and classical operetta.

The 60s are a new stage in the development of the ballet troupe of the theater. Ballet evenings appeared in the repertoire, the programs of which consisted of choreographic suites of classical operas: "Walpurgis Night" from "Faust" by S. Gounod (choreographer A. Umansky), "Underwater Kingdom" from "Mermaid" by A. Dargomyzhsky and "Oriental Suite" from "Lacme" by L. Delibes (choreographer Yu. Gindos) and others. These large-scale productions for that time contributed to the growth of professionalism and gave impetus to the development of Mordovian stage choreography (for example, dance episodes in the Moksha opera "Normalnya" L. P. Kiryukova, choreographed by choreographer E. Markina). During this period, soloists of the ballet V. Lavrentieva, Y. Murinskaya, V. Makanova, T. Fufygina, G. Murinsky, E. Dementiev work on the Saransk stage. Choreographers V.Nikitin, I. Sergeev, E. Osmolovsky, A. Ivanova choreograph scenes in operettas and musical-dramatic performances.

***
On October 30, 1992, the creative team began a new stage of its life as a musical theater. The first performance was the opera by J.Verdi's La Traviata aroused great interest among the public and showed that a small, talented troupe of soloists was able to stage the most complex classical operas by J.Verdi, J.Rossini, S. Gounod, R.Leoncavallo. And in 1994, the theater was named after the Honored Artist of Russia and People's Artist of Mordovia Illarion Maksimovich Yaushev.

In 2010, a gala concert "Centuries gave us brotherhood" was held, dedicated to the 75th anniversary of the founding of the I.M. Yaushev State Musical Theater and held as part of events related to the preparation for the celebration of the 1000th anniversary of the unity of the Mordovian people with the peoples of the Russian state, and in 2011 the first one was held The International Festival of Classical Ballet "Bravo!".

For the 75th anniversary season, the Musical Theater received a royal gift - a new beautiful building with a large hall for 714 seats and a stage with an area of 400 sq.m. Moreover, the acoustics of the hall and the technical equipment of the theater were handled by the best specialists of Russia. This allowed not only to transfer many repertoire performances to a new stage, but also to create large-scale productions with a variety of special effects.

In September 2011, the theater staff celebrated a long-awaited housewarming party. Having performed Sviridov's "Time, Forward!" at the opening ceremony of the new stage, the guest of the evening — the State Symphony Orchestra conducted by Vladimir Fedoseyev — seemed to set the team up for a special mode of work, set the pace for further creative path. And the theater, not having had time to settle into a large and beautiful house, quickly settled into a new creative space, filling it with operas and operettas, ballets and musicals, musical comedies and fairy tales, festivals and concert evenings ...